If you haven't heard of the Disney film Encanto, surely you have heard the song "We Don't Talk About Bruno" played vivaciously on the radio within the last few weeks? That's because this magical film truly appeals to everyone in some way, and to us... It's all about the curly hair representation! And this wonderful moment that has too been shared amongst thousands of people worldwide: Well, these little snippets are from the film Encanto too! And the images truthfully depict how important representation is to children, and hopefully, this urges Disney to make more films that enthuse other ethnicities and cultures. Let's take a look at some of the curly characters in the Colombian-inspired film, Encanto. Keeping her curls in check, Dolores rocks a gorgeous pineapple with a red head band to compliment! Mirabel is the main character of Encanto. She does not have any magical powers unlike the rest of the Madrigal's. However, her curls on their own are casting a spell on us! Julieta is Mirabel's mother, and notice how her curl pattern is looser? We're obsessed with the thought put into the character's hair textures. We shan't talk about him too much... but look at those waves. Embrace the fro! Félix is representing our gorgeous tightly-curled and softly textured tresses!

Have you given this film a watch yet? We'd love to know your thoughts on it! Share with us in the comments below! Softens without leaving greasy or heavy. 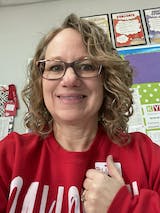